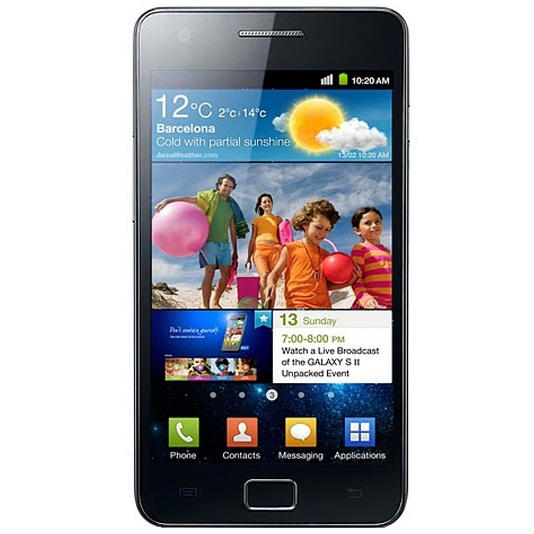 Yet again Samsung has launched a stylish and sleek Galaxy S2 I9100 after having a great market success with Android hall of fame. The Galaxy S II is an upgraded version of its predecessor. It is better, more efficient, more powerful with faster graphics.

It is slightly bigger than the old version but more lighter and thinner. It is only 8.5 mm thick and weighs 116 g that is only 3 grams less than the Galaxy S. It certainly promises to be the most expensive smartphone and one of the most hyped and successful foray into the world of Android phones.

It runs on dual core 1.2 GHz ARM high speed processor with Orion chipset, features 4G connectivity and Android v2.3 Gingerbread OS. It is available in black color. The display is Super AMOKED Plus capacitive touchscreen. The SuperAMOLED Plus screen has 50% more sub-pixels that is more sharper. It enables lower power consumption and is more brighter. The capacitive touchscreen is not that over-sensitive and has a scratch resistant Gorilla glass.

There are updated widgets on the phone provided by Samsung. There is a Game hub and a Music hub. The icons are colored just like iPhone. Synchronization software also gets an update so that applications can be managed form computer. High definition video is supported that plays at 30 frames per second. It is indeed a media-king. 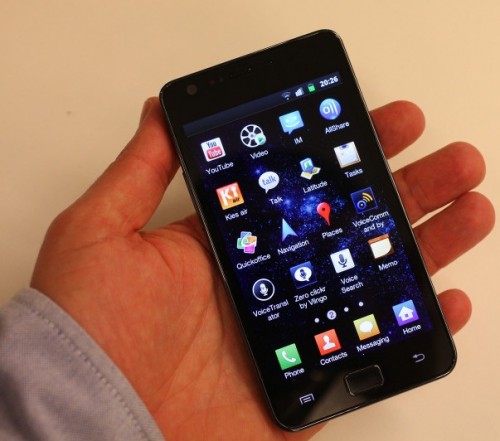 Samsung I9100 Galaxy S II Price in India and USA:

The price of the phone is not yet confirmed. The 16GB unlocked version will priced in the range of $599-$699 USD and 32GB version remains unknown.
Price in India:
Samsung Galaxy S 2 will be available end of this month and is estimated to be around 30k INR.

Market Status:
The Samsung Galaxy S II i9100 Android 2.3 Gingerbread Smartphone will be released in the beginning of May.