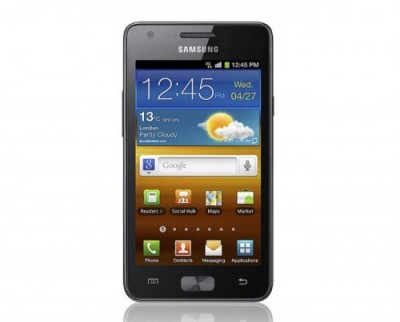 Samsung is on a rage with the launch of new Android devices in the market. Samsung has launched yet another Android Smartphone, Samsung Galaxy Z. Galaxy Z is somewhat a combination of I9003 Galaxy SL and Galaxy S II.

According to the sources it is said to be the pocket friendly phone and a model version of Galaxy S II. This device boasts a Tegra 2 chipset along with 2 1Ghz Cortex A9 processors running on Android 2.3 gingerbread.

The Samsung Galaxy Z  is equipped with 4.2 inch touchscreen with a resolution of 800*480p. It sports 5 megapixel camera with 720p HD video recording and not 1080p video recording along with 16M colors, LED flash, auto-focus, face/smile detection, manual controls for ISO and geo-tagging. But there is also secondary camera for video recording. The camera is like the original Galaxy S and not the new 8 mega pixel camera in Galaxy S II. The internal memory of this phone is 8GB which is expandable with the microSD slot up to 32GB. 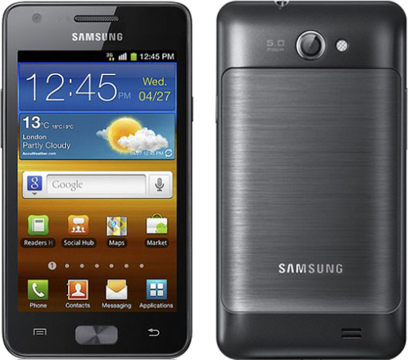 The browser is great with smooth scrolling and zooming. The connectivity options include GPS  with A-GPS, EDGE, GPRS, USB, WIFI and there is also 3.5 mm audio jack, digital compass, support for java applications and FM Radio. Samsung Galaxy Z also supports DivX/MP4/XviD/H.263 player and WAV/eAAC+/MP3 player. Other specifications are document editor, adobe flash support and compatibility with social networking sites like Orkut, Maps, Gmail, Facebook, Google Search, Calendar, YouTube and Picasa. The model can deliver up to 9 hours of talk time along with 620 hours of standby time with Li-ion 1650 MAH standard battery. 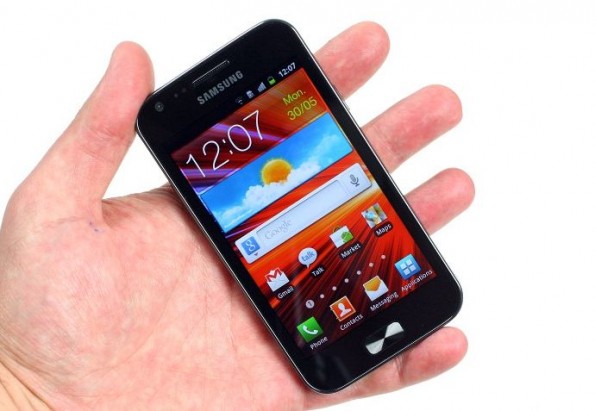 There are 4 hubs that are added to the Android phone. First one is Social Hub that integrates mail accounts with networking like Facebook, MySpace, Twitter, LinkedIn and IM accounts like MSN, Yahoo Messenger and GTalk. There is Music Hub for browsing the music online along with charts, search tools and new releases. One can preview a song that will play for 30 seconds each and the tracks can be bought later. Readers hubs is for the avid reader who can get the subscription to magazines, newspapers and get e-books. And last but not the least there is Game Hub which is paradise for all the gamers. It contains various sections like Social games, Premium game and news section.

Samsung Galaxy Z is an affordable model compared to the high end and exorbitantly priced Galaxy S II. Hence, anyone can buy it without breaking the bank.

The phone is priced at 3995 kronor according to the Swedish operator which is about $630 in US.