Bajaj Auto unveiled the most awaited small car of 2012 in New Delhi on January 3, 2012. According to the company the car is not only meant for inter city travel but also for intra city purpose as well. It is expected to set new benchmarks in the four wheelers category in areas of emissions and fuel efficiency. 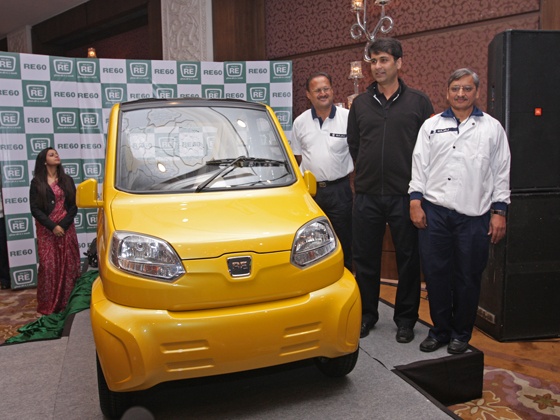 According to the managing director Ravi Bajaj. “It is not a car. It is a four wheeler.” It will target the customers who mainly are drive three whereas on Indian roads. The company has its plans to export Bajaj RE60 to other nations like Bangladesh, Sri Lanka and other Latin American and African countries.

Bajaj RE60 is lightweight and rigid. It is constructed with metal polymer hybrid monocoque so that kerb weight of the vehicle is less than 400 kg. Bajaj RE60 is powered  by 4 valve DTSi engine that can generate a power of 20 bhp with the help of closed loop system of Fuel Injection. The single cylinder, 200 cc is rear mounted and and liquid cooled.

The top speed of the car is said to be 70 kph and according to the company it gives a mileage of 35 kmpl. The CO2 emissions are only 60g/km. The car is initially available in petrol version and CNG version will be launched later. It comes in two seating options of 2+2 and 1+3. The windows of the car don’t roll down but they are split it the middle which flip down.

It does not have any active and passive safety features like airbag, parking sensors, traction control, ABS, ESP other than 2 rear seat belts. There is no air conditioner, power windows, central locking, wiper, defogger, leather seats, remote boot, music system, auto wiper, auto headlamp and is only equipped with folding rear seats, both side door mirror and manual driver seat adjustment. There are no front headrest and roof lining as well.

Bajaj RE60 Features and Specifications: 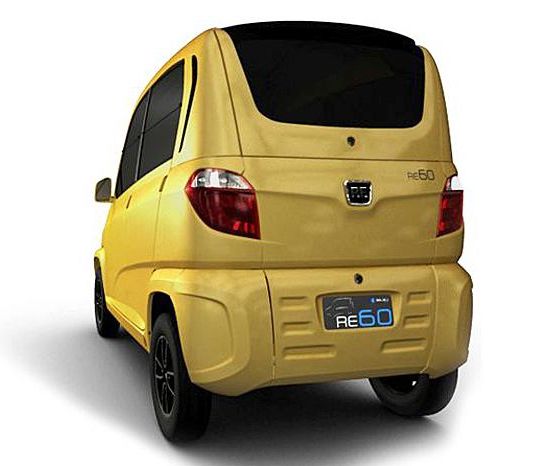 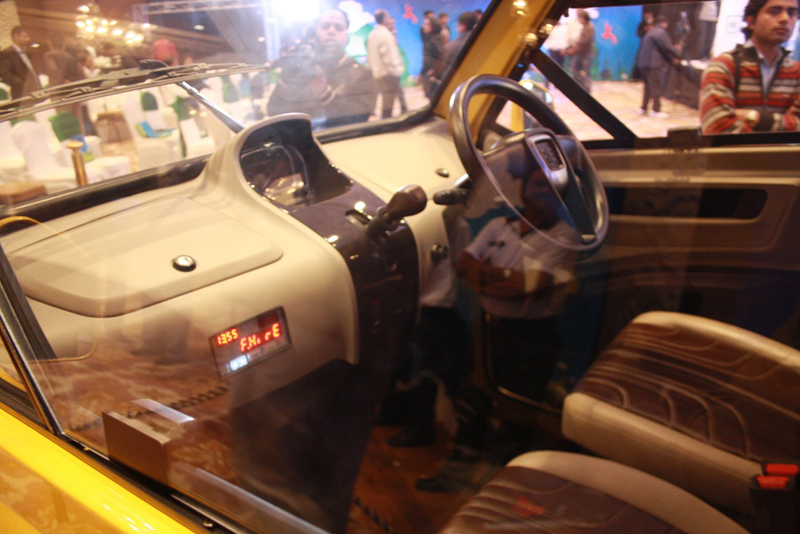 Bajaj RE60 might not offer luxurious features and lacks in good looks but price is the biggest factor that will draw attention of a common man. The upright glasshouse, skinny wheels and short wheelbase might give Bajaj RE60 a comical stance but if you look closely and scrutinize the car sports a smart urban face and great headlights that give it a unique design.